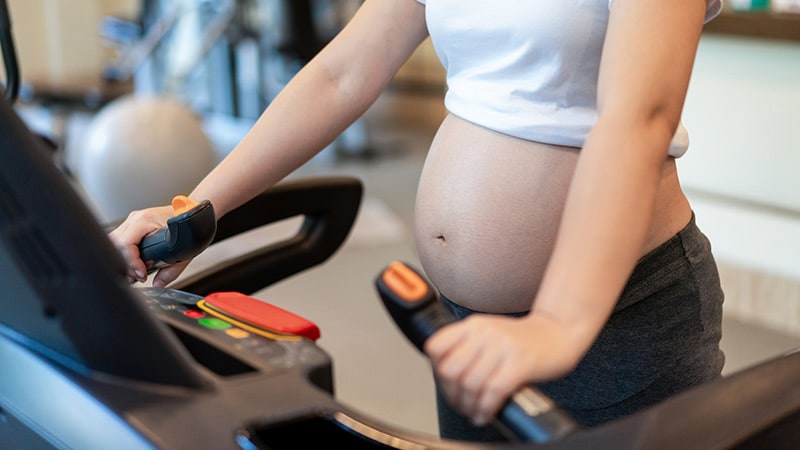 A multidisciplinary cardio-obstetrics team-based care model may help improve cardiovascular care for pregnant women with cardiovascular disease (CVD), according to a recent study.

“We sought to describe clinical characteristics, maternal and fetal outcomes, and cardiovascular readmissions in a cohort of pregnant women with underlying CVD followed by a cardio-obstetrics team,” wrote Ella Magun, MD, of Columbia University, New York, and coauthors. Their report is in the Journal of the American College of Cardiology.

The researchers reported the outcomes of a retrospective cohort analysis involving 306 pregnant women with CVD, who were treated at a quaternary care hospital in New York City.

More than half of the women in the cohort (53%) were Hispanic and Latino, and 74% were receiving Medicaid, suggesting low socioeconomic status. Key outcomes of interest were cardiovascular readmissions at 30 days, 90 days, and 1 year. Secondary endpoints included maternal death, need for a left ventricular assist device or heart transplantation, and fetal demise.

The most frequently observed forms of CVD were arrhythmias (29%), cardiomyopathy (24%), congenital heart disease (24%), valvular disease (16%), and coronary artery disease (4%). The median Cardiac Disease in Pregnancy (CARPREG II) score was 3, and 43% of women had a CARPREG II score of 4 or higher.

After a median follow-up of 2.6 years, the 30-day and 90-day cardiovascular readmission rates were 1.9% and 4.6%, which was lower than the national 30-day postpartum rate of readmission (3.6%). One maternal death (0.3%) occurred within a year of delivery (woman with Eisenmenger syndrome).

“Despite high CARPREG II scores in this patient population, we found low rates of maternal and fetal complications with a low rate of 30- and 90-day readmissions following delivery,” the researchers wrote.

“We’re seeing widely increasing interest in the implementation of cardio-obstetrics models for multidisciplinary collaborative care and initial studies suggest these team-based models improve pregnancy and postpartum outcomes for women with cardiac disease,” said Lisa M. Hollier, MD, past president of the American College of Obstetricians and Gynecologists and professor at Baylor College of Medicine in Houston.

Magun and colleagues acknowledged that a key limitation of the present study was the retrospective, single-center design.

“With program expansions over the next 2-3 years, I expect to see an increasing number of prospective studies with larger sample sizes evaluating the impact of cardio-obstetrics teams on maternal morbidity and mortality,” Hollier said.

“These findings suggest that our cardio-obstetrics program may help provide improved cardiovascular care to an otherwise underserved population,” the authors concluded.

In an editorial accompanying the reports, Pamela Ouyang, MBBS, and Garima Sharma, MD, wrote that, although this study wasn’t designed to assess the benefit of cardio-obstetric teams relative to standard of care, its implementation of a multidisciplinary team-based care model showed excellent long-term outcomes.

The importance of coordinated postpartum follow-up with both cardiologists and obstetricians is becoming increasingly recognized, especially for women with poor pregnancy outcomes and with CVD that arises during pregnancy, such as pregnancy-associated spontaneous coronary artery dissection and peripartum cardiomyopathy, wrote Ouyang and Sharma, both with Johns Hopkins University in Baltimore.

“I’m very excited about the growing recognition of the importance of cardio-obstetrics and the emergence of many of these models of care at various institutions,” Melinda Davis, MD, of the University of Michigan in Ann Arbor, said in an interview.

“Over the next few years, I expect we will see several studies that show the benefits of the cardio-obstetrics model of care,” she explained. “Multicenter collaboration will be very important for learning about the optimal way to manage high-risk conditions during pregnancy.”

No funding sources were reported. The authors of this paper disclosed no conflicts of interest.

This story originally appeared on MDedge.com, part of the Medscape Professional Network.